So you’ve finally found a software development company to implement your idea for a web/mobile app (or both). But what’s next? What’s with all these pricing arrangements? Which type of contract to choose? There’s no need to panic, let’s run through the options…

In a nutshell, a Fixed Price contract is a special agreement that stipulates detailed product requirements and the price to be paid for their implementation. The keyword here is “ detailed”.

From UI/UX mockups and numerous checklists with expected results to even acceptance criteria – everything has to be well documented. Product requirements are usually created either by the client themselves or worked out with the team of developers.

Since the budget and the scope of the project are being set in the very beginning, the team has to be able to foresee everything that can possibly go wrong and include those risks into the contract.

From a technical perspective, it’s extremely difficult; there will always be some new information or technologies to consider. Anyway, this is the most crucial part of working under a fixed price contract, because as soon as the contract is agreed on and paid, going over the stipulated budget becomes practically impossible.

“But what if I do want to change/add/remove a feature or two? Can I do that?“

If that’s the case, our project managers create an extra agreement called “ change request”. Any changes that occur after the project has been started have a direct impact on both its scope and the budget.

As a result, the team has to come up with new estimations and include them into the change request agreement, which is either approved or rejected by the client. We also allow 15% of the time budget for the polishing stage.

“When do I choose Fixed Price?”

• It’s a short-term project with a relatively simple functionality.
• You want to make a complete (or nearly complete) copy of an existing product.
• You have an exhaustive list of requirements at the outset and it’s highly unlikely they will change.
“What are the disadvantages of Fixed Price?”

• The team of developers is taking all the financial risks.
• Developers rarely communicate directly with the client. Typically, this role is assigned to a project manager. This means that the success of the project largely depends on how well the dialogue between the client and the project manager is established. 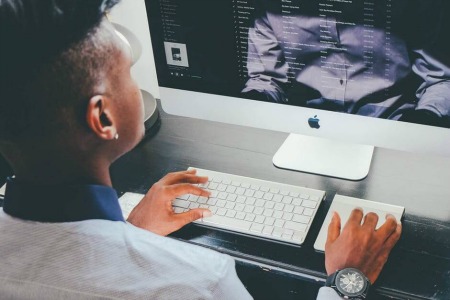 If, for some reason, the scope of project along with other implementation plans cannot be defined at the start and/or it’s clear that the requirements will most likely be changing throughout the development process, choose the Time & Material pricing model. With this type of contract, you are charged an hourly rate for all work along with the costs of materials set by the team of developers.

As opposed to Fixed Price, Time & Material is all about flexibility. The team is free to use any strategy they think is applicable for the project, while you’re able to change requirements and come up with new ideas to implement on the go.

But don’t forget that the more extra features you add, the higher the risk of exceeding your estimated budget is. However, in most cases, performing a project under a Time & Material contract is cheaper, since the team of developers doesn’t have to spend much time on elaborating detailed documentation.

The most significant advantage here is that in a couple of months you will have a working Minimum Viable Product (MVP) ready to be introduced to the market.

“When do I choose Time & Material?”

• The quality of the product is the top priority.
• There is no clear understanding of how the end product should look like.
• You don’t have detailed product requirements.
• The fact that you may exceed your budget doesn’t scare you.
• You want to be able to make changes at any moment.
• You want to be involved in the development process directly and see how much time the team spends on each commit.

“What are the disadvantages of Time & Material?”

• Doesn’t work with small projects.
• There is a chance you may exceed your initial budget because the final cost of the product isn’t exactly defined.
• If you have a detailed list of requirements and don’t want them to change, Time & Material isn’t the right choice. 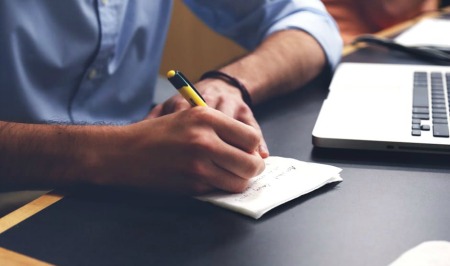 Fixed Budget is a great alternative to Fixed Price or Time & Material as it combines the best features of both of them. It’s mostly used when you have a limited budget and tons of ideas for your product.

With this type of contract, the team of developers work with the client to get a more or less clear understanding of the end project. Based on the information, the team defines what can be implemented without exceeding the budget. Finally, both parties agree on priorities for the features and the deadlines.

The client can change priorities in the scope over the course of development as long as it doesn’t affect the budget. After the testing phase is finished, the client receives a high-quality product, being able to use it and receive feedback from actual users (and even continue further development).

The main advantage of this type of contract you can enter a market in just a few weeks and start attracting investments. Also, the financial risk is managed more thoughtfully and doesn’t fall on one specific party.

“When do I choose Fixed Budget?”

• You have a bunch of cool ideas, but don’t have enough money to implement them all at once.
• You want to work closely with the team of developers.
• You want to have a working MVP within a couple of months.

“What are the disadvantages of Fixed Budget?”

• Doesn’t allow you to change things every now and then.

Choosing which type of contract to sign is one of the key factors to the success of your project development. There isn’t single correct answer when comparing pricing models to find the best one. Each outsourcing partnership is unique in its own way – whether it’s product requirements, business constraints, etc. Both the client and the team of developers should work collaboratively to determine which of the pricing models is the best one to serve their needs.

Find the best developer for your project .With zero commission fees!.

Ilya Matanov is a Technical Content Writer at JetRuby Agency, a web and mobile development company with in-depth experience in the industry and clients from across the globe. Originally being a non-tech person with a master’s degree in linguistics and translation, Ilya soon became passionate about everything related to IT. From E-Commerce and SEO to JavaScript and Robotics - Ilya never misses a chance to cover an interesting topic on the company’s blog.