Despite what stereotypes and clichés might be telling you, the tech industry is not all about nerds sitting in dark rooms and typing away at code or tinkering with stuff in their garage. Creativity is actually a driving force in tech, more so than in many other markets.

In fact, pretty much any tech product you’re using right now has some kind of a creative touch to it. Whether it is how it looks, feels or the story it tells, creatives were involved in it.

To show just how much that is true, we’ve summarized six great ways to put your creative skills to use in the tech industry. And who knows, maybe you’ll get inspired to show off a little bit more of your creative side at work!

Web pages are not only about functionality. Without a doubt, it is of utmost importance that they load quickly, have no bugs and that every button leads to where it’s supposed to. But if a website looks like crap, all these things won’t even matter.

To create beautiful webpages, you’ll need more than just an understanding of HTML or CSS, you’ll also need to understand how visual design works. A few questions that should be answered:

– Which colors fit best?
– At what points does the amount of elements on the webpage become too confusing for the human eye?
– How do you make visitors focus on certain things?

These are the answers web designers have to answer on a daily basis.

Similarly to webpages, software doesn’t only have to work, it also has to look the part. There’s a lot more thought that has went into even the simplest apps and programs on your PC than you think. Every single decision when creating a product is a conscious choice – from the color palette through the placement of all buttons all the way to the smallest things like fonts and audio prompts. These are what make a good software great.

So far, we’ve been talking about stuff that isn’t physical, isn’t available to touch with your hands. But physical product design is obviously also a field where creatives play a huge role. Apple may be the best example for this tip. They make technologically sound devices, but they got where they are thanks to people thinking out of the box. People creating iPods in a world of Walkman devices and iPhones in a world dominated by Nokia. That’s creativity at its finest – and product design is still one of the main selling points of almost any new mobile device that comes out there – be it from Apple or anyone else. 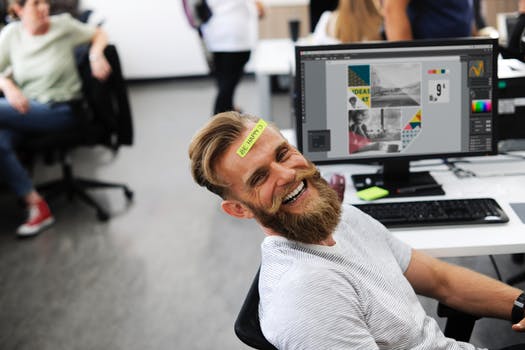 The gaming industry has been growing at a rapid rate in the past twenty years. That’s not only because graphics and devices are improving, it’s also because people have realized the potential of storytelling. Whether it is Zelda or games like Elder Scrolls where you can explore a vivid world hundreds of hours, stories are what make those games so attractive. And the people that are writing these stories are every bit as creative as any novelist out there.

5. Getting into augmented reality

Working to create entire worlds in augmented reality is a big step from people gaming or interacting with software on a screen. Augmented reality is a whole new way of thinking about not only entertainment, but all kinds of simulations as well. And the fact that this new market developing so quickly means that creatives are really needed. Because as it stands right now, nobody really knows the answer to the question “What can you do with virtual reality?” Here, creatives will be the driving force in providing all kinds of answers to that question and possibly defining a big part of our everyday life in the future.

Can you think of other tech jobs where creativity is a decisive factor in success? Send us your answer in a comment below this article, we’d love to hear your thoughts!